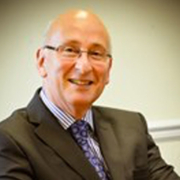 Manchester-based solicitors firm HLF Berry recently helped a client to win back his house from fraudsters who had stolen his identity in order to try and steal his home.

Mr To reported the problem to HLF Berry who immediately took urgent action to protect the property from being sold fraudulently and then successfully applied to HM Land Registry for the reinstatement of Mt To as registered proprietor of his home.

By obtaining Mr To’s mail and creating a forged passport, the fraudsters were able to steal his identity and transfer the deeds of his property in a bid to sell his Cheshire home, worth in excess of £500,000.

Fortunately, Mr To’s daughter spotted the house for sale on RightMove and the police as well as HLF Berry were notified.

Saeed Ghani, 30, from Manchester, worked with accomplice Atif Mahmood, 42, to steal three utility bills from Mr To’s mailbox. They were then able to forge his signature to enable the transfer of the property deeds into Ghani’s name and put the house on the market. They also arranged for Mr To’s mail to be redirected so that he would not receive early warning of the attempted fraud.

Wrongly For Sale On RightMove

Mr To had already paid off his mortgage, which meant the fraudsters didn’t need the authority from a lender before transferring the deeds across to Ghani. The men wanted a fast sale and placed the house for sale via auction on the property website, inviting bids over £300,000 alongside a statement that the current residents were only tenants and a request that they were “not to be disturbed”.

The house was put up for auction as this meant there was no need for estate agents to show potential buyers around the house.

The advert was discovered just three days before the auction was set to start.

In addition to the identity fraud involving Mr To in June 2012, Ghani had carried out a similar fraud, stealing the identity of two homeowners in Bolton and transferring the deeds of their £300,000 home by using fake passports.

In August 2014, Ghani and another accomplice, Toma Ramanauskaite, 30, stole the identities of a husband and wife in Salford after obtaining their post, and then took out driving licences in their names to open new bank accounts before stealing their £90,000 pension.

Ghani was sentenced to seven-and-a-half years after pleading guilty to three counts of conspiracy to defraud.

Mahmood was jailed for two years and nine months for his part in the identity fraud case involving Mr To.

Ramanauskaite received fourteen months, suspended for two years, and an order to do 250 hours of unpaid work, for his part in the fraud case involving the Salford couple.

Paul Citron, solicitor at HLF Berry comments: “This identity fraud case involving our client Mr To is particularly shocking, given the audacity of the fraudsters’ attempt to sell his home from under his nose.

“It’s frightening to know the fraudsters were able to come close to carrying out their plan just by stealing some of Mr To’s post. It’s very lucky Mr To’s daughter spotted the advert on RightMove and they were able to move quickly, alerting police to stop the men.

“Our advice to anyone concerned about identity fraud is to ensure all your mail boxes are secure and you take the necessary steps to protect your identity. It also pays to be vigilant and to watch out for anything unusual in your transactions or frequency and volume of post. In the case of registered property you should provide more than one address to which notices are to be sent by HM Land Registry so as to reduce the chances of communications being intercepted.