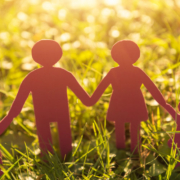 Family solicitors at HLF Berry are welcoming the Law Commission’s plans to make pre-nuptial agreements legal in England and see the proposed divorce reforms as good news for couples.

The watchdog for legal reforms, the Law Commission wants pre-nuptial agreements to become recognised in English law with the aim of making the division of assets in a divorce or civil partnership dissolution fairer and reducing the number of court battles between former partners.

“This is great news for all couples in the area as it means they will be able to legally protect their assets, by stating the terms of financial settlements before getting married or entering into a civil partnership, should they divorce or separate in the future,” HLF Berry Partner Paul Citron says.

“Up until this new law comes into force,” he adds, “couples with a pre-nuptial agreement in the UK are unable to guarantee their assets and property will be divided up according to their stated wishes within the contract.

“Currently, the legal standing of pre-nups is shaky and they are subject to the judge’s discretion. This can make it hard for couples to look after their assets and protect loved ones – for example, looking after the interests of children from a previous relationship or a personal inheritance prior to the partnership may prove difficult.

“Many courts have simply ignored pre-nuptial agreements in the past, although the 2010 case of Radmacher v Granatino, in which the Supreme Court allowed Radmacher to keep her fortune in accordance with her pre-nup, should add weight to the Law Commission’s imminent proposals.”

Consultation on prenuptial agreements by the Law Commission began in 2011 and its report is set to be published and presented to Ministers shortly.

The recommendations are likely to include the ability for couples to ring-fence property or assets to protect those with material or monetary wealth before marriage from losing this if they divorce, and to change the way maintenance payments are made.

Paul Citron comments: “The proposed divorce reforms are designed to make the division of a couple’s assets when they divorce, fairer. Combined with couples seeking legal advice when drawing up the terms of a pre-nuptial agreement, making these contracts law should reduce lengthy court battles and provide protection for each partner – which is definitely something to welcome.

Reducing The Risk Of Will Disputes
Scroll to top