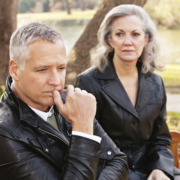 In a landmark ruling, The Supreme Court has found in favour of two divorcees appealing their divorce settlements on the basis of their ex-husband’s dishonesty. The decision could open the door for thousands of divorcees who have suspected that they were duped into signing a divorce settlement by their ex.

When a couple divorce, there is a complex procedure known as disclosure. Both spouses have to sign a financial statement revealing the full extent of their income and assets to each other before they agree how to divide their finances. Previously, once a financial agreement had been ratified by the court as a consent order, it could not be overturned.

Paul Citron, family law solicitor at HLF Berry Solicitors, says “The Supreme Court has reinforced the importance of the principle of full and frank disclosure. The decision in these two cases provides a precedent for a consent order to be set aside if it was made on the back of deliberate misrepresentation of the facts.”

The two women, Alison Sharland and Varsha Gohil, had both made divorce settlements in good faith with their husbands, only to later find out that they had been deliberately misled about their respective husband’s financial worth.

In 2010 Alison Sharland, from Wilmslow in Cheshire, signed a consent order accepting a divorce settlement from her then husband Charles of £10 million and 30 per cent of the net proceeds of sale of his company, whenever that took place. Charles owned his own software company, which was valued at £47 million at the time of the divorce on the basis that he had no plans to sell it.

Mrs Sharland later discovered the company was actively being prepared for sale on the stock market at an estimated worth of £600 million. The Supreme Court considered the principle that “fraud unravels all” and found that Mrs Sharland was the victim of fraudulent misrepresentation and she would not have consented to the original order if she had known the truth. The case will now go back to the family court for Ms Sharland’s settlement to be re-examined.

In a separate case heard at the same time, Varsha Gohil from London accepted £270,000 in her divorce settlement only to later find out that she could have got much more. Her husband later admitted to intentionally misleading the court and Mrs Gohil about the extent of his wealth, when he was found guilty of fraud and money laundering £37 million. The financial settlement was set aside and will again be returned to the family court.

If you believe that your ex has been dishonest about finances, then you should take legal advice immediately. We can help you make further enquiries and even enlist the services of professionals, such as private investigators and forensic accountants.

The contents of this article are for the purposes of general awareness only.  They do not purport to constitute legal or professional advice, and the law may have changed since this article was published.  Readers should not act on the basis of the information included and should take appropriate professional advice on their own particular circumstances.

Understanding your duties and liabilities as a company director

Are you prepared to live to 100?
Scroll to top