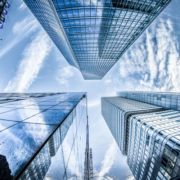 Aside from the obvious duties such as filing reports at Companies House, there are numerous other obligations placed upon company directors.  If you fail to comply with your duties your position on the board may be under threat, as you can be held liable by the company.  In the most serious of cases directors may be disqualified or face criminal sanctions.

Robin Burman company law expert at HLF Berry who have offices in Manchester, Chorlton and Failsworth outlines the main duties and liabilities all directors should know about.

The duty to avoid conflicts of interest

A director must avoid a situation in which they have a direct or indirect interest that may conflict with the interests of the company.  This duty is extremely broad, extending to situations where any information or opportunity available to the director is exploited for their own benefit.  The liability of the director who breaches this duty is severe: they will be personally liable to account to the company for any profits or benefit they have received as a result of the breach.  The conflict of duty may be breached even in situations where there has been no actual loss caused to the company, it continues after a director has resigned.

There is a defence relating to unforeseeable conflicts, where ‘the situation cannot reasonably be regarded as being likely to give rise to a conflict of interest’.

The duty not to accept benefits from third parties

A director must not accept a benefit from a third party that arises as a result of being, or doing anything as, a director.  Such benefits commonly occur as a ‘commission’ paid to the director personally whilst the director is in the process of negotiating a business transaction on the company’s behalf.

Corporate hospitality is unlikely to infringe this duty; however, all companies should consider formulating guidance and policies for directors, asking them to disclose to the board all benefits that they accept from third parties.  Directors should be compelled to cooperate especially in light of the possibility of criminal liability under the Bribery Act 2010 whenever this duty is breached.

A benefit acquired by the director in breach of this duty will be regarded as the property of the company from the moment it is acquired.

The duty to promote company success and to act with skill

The Companies Act 2006 created a new duty that a director must act in good faith to promote the success of a company for the benefit of its members as a whole.

This duty reflects what is known as the principle of ‘enlightened shareholder value’ promoting standards of responsible business behaviour and corporate governance.

There is also a duty on directors to exercise reasonable care, skill and diligence.  If an individual director has a particular skill, for example as an accountant or lawyer, they will not only be expected to meet the general objective standard of a company director, but also the standard of someone exercising that special skill.

The duty to act within powers

Directors must act in accordance with the company’s constitution.  Disputes frequently arise as to the interpretation of the articles, and also whether directors’ powers were exercised properly.  If such a dispute arises, we can advise you on your duties and responsibilities by examining your company’s articles of association.

Duties to the company are enforceable by the company itself.  In some instances, shareholders can bring an action against a fellow director.  There is also a possibility that the Department for Business Enterprise and Regulatory Reform will investigate a company’s affairs.  Directors can face disqualification as well as criminal sanctions.

The contents of this article are for the purposes of general awareness only. They do not purport to constitute legal or professional advice. The law may have changed since this article was published. Readers should not act on the basis of the information included and should take appropriate professional advice upon their own particular circumstances

Landmark Inheritance Ruling Highlights Need To Make A Will