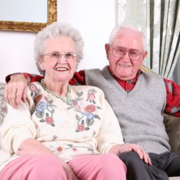 The importance of making a Will has been emphasised by the recent landmark legal ruling by judges to award a disinherited daughter an inheritance of £164,000.

During the case, the court heard that Mrs Jackson, who passed away in 2004, had detailed in her Will that her daughter Mrs Ilott was to receive no share of her £486,000 estate and instead it was to be shared between the RSPCA, RSPB and Blue Cross charities.

However, the Court of Appeal ruled last month in favour of Mrs Ilott’s claim to a share of the inheritance.

While this case may alarm many who fear a weakening of an individual’s right to leave their money to the beneficiaries of their choice, it really only serves to emphasise why a professionally written, legally watertight Will is essential – after all, if Mrs Jackson had left no Will her daughter may well have been able to claim the entire estate.

The eight-year legal battle saw Mrs Ilott initially awarded £50,000 in 2007 after using the Inheritance (Provision for Family and Dependants) Act to challenger her mother’s Will, only for this decision to be reversed by a High Court judge when she then applied for a larger sum.

In 2011, the Court of Appeal ruled she was in fact entitled to a share of Mrs Jackson’s estate as Mrs Jackson had acted in an “unreasonable” way by cutting her daughter out of her Will and leaving her estate to three charities she’d previously had no ties to.

When Mrs Ilott returned to the High Court to claim a bigger share, the judge ruled in March 2014 that the initial £50,000 awarded was fair.

In July 2015, Mrs Ilott successfully challenged this ruling in the Court of Appeal and was awarded an inheritance of £164,000.

What Does This Ruling Mean For Others?

The Court of Appeal decided Mrs Ilott should receive a third of Mrs Jackson’s estate. This is despite the fact Mrs Jackson had never forgiven her daughter for eloping with a boyfriend at the age of 17, and had specifically stated in her Will that she did not want her daughter to receive any part of her estate.

Mrs Jackson’s 2002 Will was even accompanied by a letter stating she had made it clear to her daughter that she would receive no inheritance.

However, as with every case of contested Wills, each one is unique. The court found that Mrs Jackson had been “unreasonable” to disinherit her daughter and had provided no reasons for her choice of beneficiaries, the three animal charities.

This case stresses the importance of writing a well-considered, properly documented Will, if you want your wishes to be followed when you die. For every decision you make, especially if it’s one with large consequences such as disinheriting a child, you should show your reasons for making such a choice. Furthermore, it’s a good idea to provide reasons why you have chosen the beneficiaries you have, especially if your decisions are likely to cause controversy among family members.

Do You Own Property Abroad? There’s A New EU Law You Should Know About