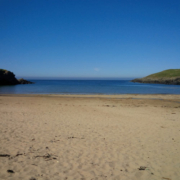 A new piece of European Union legislation has just come into force that changes the previous inheritance laws governing foreign property owned by Britons and could have consequences for individuals with second homes in Europe.

This is an important change if you live in Britain and own a second home in Europe, as the EU succession laws dictate who inherits your property when you die. While this legislation change potentially creates opportunities for individuals, it also may have unwelcome consequences, and it’s advisable to speak to your solicitor to discuss exactly what it means for you.

What Is The New EU Regulation Change?

Known as the European Succession Regulation, this new piece of law came into force on 17 August 2015 and could have wide-reaching repercussions for individuals with second homes in an EU country.

Although the UK has opted out, together with Ireland and Denmark, if you own property in one of the EU countries that has opted into the new regulation, you should be aware of the consequences of this change.

Whereas normally under European law, approximately half your estate in Europe is subject to “forced heirship” regardless of what may be written in your English Will, the new law change enables you to specify you want English law to apply to your overseas property, provided it is located in a participating EU country.

What Affect Will The New EU Law Change Have?

The European Succession Regulation is a complex piece of law that could have big consequences for those residing in Britain and owning second homes in the European countries that have opted into the new legislation.

The full implications of this legislation change are not yet known and many questions still remain, such as whether the UK will be considered an EU member state in this matter as it has opted not to accept this new regulation. There are also likely to be implications when it comes to inheritance tax for an estate owned overseas by a UK resident.

As the potential opportunities and pitfalls can really only be known on an individual basis in these early days, those with second homes in Europe are strongly advised to speak to a legal professional. It’s important you take advice and discuss what this latest EU legislation change means for you, including whether you should make a full review of your existing Will to protect yourself against the changes and ensure you make the most of being able to state you want English law to apply to your assets in a participating European state.

For more information on the European Union Regulation or for professional legal advice on reviewing and changing your Will, contact our solicitors in our Chorlton office on 0161 860 7123 or email chorlton@hlfberry.com, or in our Failsworth office on 0161 681 4005 or email failsworth@hlfberry.com

Different ways to a divorce settlement